What does the Bible Say about Forgiveness?

We all struggle with Forgiveness at sometime in our life. So, what does the Bible say about forgiveness?

You think back to a time when some hurt you deeply…

Many when we are hurt two options come to mind. Option one: Never speak to the person again. Option two: Revenge. What can I do to get even.

Have you ever thought or even prayed, I hope they have a flat tire or something along those lines?

Forgiveness may be the most misused, misapplied, and misunderstood quality in our culture. We think we know what forgiveness is all about, but we really don’t.

FORGIVENESS IS ONE OF THOSE HARD CHOICES IN LIFE.

The Bible says, Forgiveness in not conditional.

Nobody had asked for it.  Nobody had said, “Please forgive me, Jesus, for what we are doing to you.” He just offered it. He took the initiative.

Jesus is the perfect example of what the Bible teaches about Forgiveness.

Forgiveness is not minimizing the seriousness of the offense.

Forgiveness in not forgetting what happened.

Name me one thing that your sibling did to wrong you when you were a kid. See you have not forgotten. I remember my sister jumping on the bed and then jumping off and grabbing my hair and pulling me to the ground. Then she took off running to my Grandmother and said Matthew is trying to hit me! She had a point I was trying to hit her after what she had dome. Needless to say that I was mad. We can laugh about it now but I still have not forgotten it.

Forgiveness is not forgetting what happened but it is choosing not to dwell on it.

Clara Barton, who founded the Red Cross, was reminded by a friend of an especially cruel thing that somebody had done to her years before. Barton acted like she didn’t remember it, and the friend asked, “Don’t you remember?” Her famous reply was, “No, I distinctly remember forgetting it.”

Un-forgiveness will keep you stuck in the past.

1 Corinthians 13:5b CEV – Love isn’t selfish or quick tempered. It doesn’t keep a record of wrongs that others do”

Forgiveness is not resuming a relationship without changes.

My capacity to forgive does not depend on anyone else’s behavior or permission.

So what is forgiveness in the Bible…

Recognize no one is perfect.

Why do we hold people to standard that are unreasonable? When we hate somebody, we tend to lose our perspective about that person.

When we’re filled with resentment, bitterness and hurt, we tend to dehumanize the offender. We treat them like an animal.

Relinquish you right to get even

This is the heart of forgiveness.

The Bible says, “Never avenge yourselves. Leave that to God, for he has said that he will repay those who deserve it” (Romans 12:19a TLB).

They may deserve for you to retaliate, but you must commit not to do so.

It’s not fair, but it’s healthy. This IS NOT a one-time decision but a daily one that

It takes courage to build a bridge with someone you hate.

Respond to the Evil with good.

Realize Forgiveness is a choice.

Choosing not to forgive is saying God can’t change that person.

As long as you continue to focus on the person who has hurt you, that person controls you. In fact, you can take it a step further. If you don’t release your offender, you will begin to resemble your offender.

Jesus shows us this.

Forgiveness in the Bible:

If we confess our sins, he is faithful and just to forgive us our sins and to cleanse us from all unrighteousness Matthew 5:23-24

But I say to you, Love your enemies and pray for those who persecute you, Ephesians 4:32

Whenever you’re resentful, it always hurts you more than the person you’re bitter against. In fact, while you’re still worrying about something that happened years ago, the other person has forgotten about it!

Your past is in the past, and it can’t hurt you any more unless you hold on to it.

Take a minute to do this little quiz by deciding if each statement is true or false.

1. A person should not be forgiven until asking for it.

2. Forgiving includes minimizing the offense and the pain caused.

4. You haven’t really forgiven until you’ve forgotten the offense.

5. When you see somebody hurt, it is your duty to forgive the offender.

When you read forgiveness in the Bible you see what God has to say about forgiveness, you discover that all five of those statements are false. How did you do?

When Jesus stretched out his hands on the cross and said, “Father, forgive them, for they do not know what they are doing” (Luke 23:34 NIV),

Nobody had asked for it. Nobody had said, “Please forgive me, Jesus, for what they’re doing to you.” He just offered it. He took the initiative.

Who do you need to forgive today?

Put into practice what the Bible says about forgiveness. 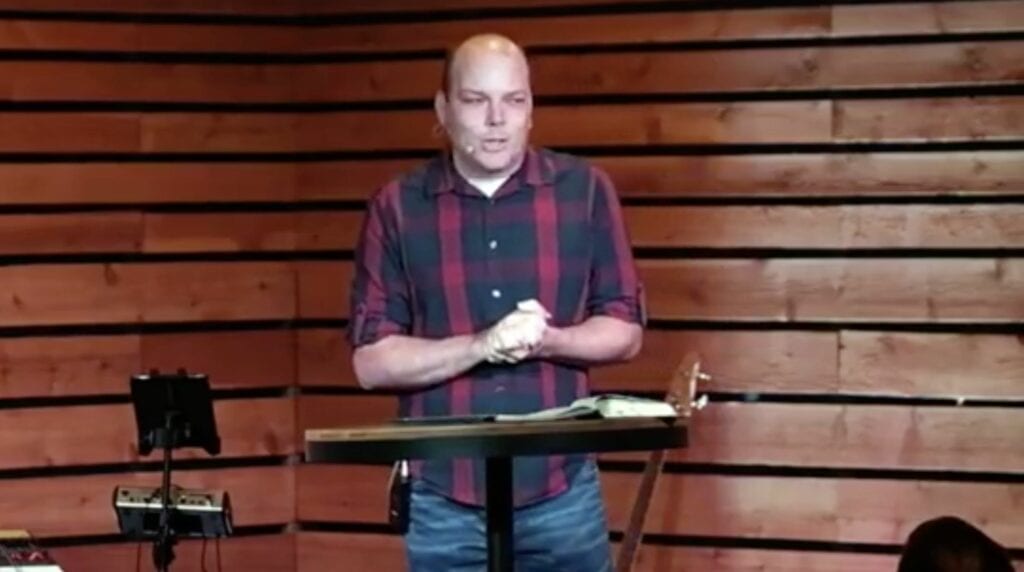